ABOUT THE CIRCLE OF DISCIPLINE

Circle of Discipline, Inc. founded in 1993 by Mr. Sankara Frazier.

Born and raised in South Minneapolis, Sankara witnessed the deterioration of Minneapolis communities and families and began volunteering as an amateur boxing coach in metro area gyms in an effort to give back to the community. Realizing that coaching was simply not enough to truly help the young adults living in poverty-stricken communities plagued with violence, crime, substance abuse, prostitution, and much, much more, he formed the Circle Of Discipline.

Circle of Discipline established at 37th Street and Chicago Avenue South in a 900 sq. ft. storefront building in Minneapolis.

Circle of Discipline hosted it's first Award Banquet recognizing the accomplishments and achievement of youth, young adults and volunteers.

Josh Hartnett became an Honorary Circle of Discipline Board member.

Circle of Discipline is awarded a multi-year grant from the Minnesota Department of Public Safety.

Robert Brant won the USA National Boxing tournament and became ranked number one in the nation. He competed in the USA vs. Italy Dual in Assisi, Italy and also boxed in the AIBA World Championship in Milan, Italy.

Circle of Discipline partners with Brooklyn Park Police "Punches with a Purpose" program to serve youth and young adults in the Brooklyn Park area. 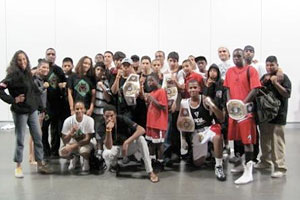 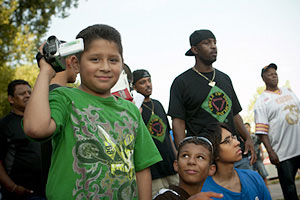 The Circle of Discipline is like my second house. The Circle has helped me focus on my dreams and hopes. They have believed in me so now I believe that if I put my mind and effort to anything I want to achieve.