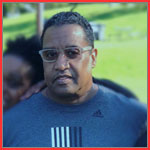 Sankara is a native of Minneapolis with family dating back to the 1800's in the state of Minnesota. He has well over 30 years of community service, starting with the Southside Youth Neighborhood Organization (SYNO), which he and three colleagues started in the mid-70's focusing on various community projects and family development. In the late-80's he managed youth programs at Bernadette's Teen Club in the Uptown YWCA, which included after-school tutoring, aerobics, cultural activities, sports and weekend social events. He has also been a licensed foster care parent.

His involvement in boxing dates back to amateur boxing as a child, boxing for the Pillsbury House and the Phyllis Wheatley Center coached by Eddie Lacey, Danny Davis ,as well as his father, the late Bishop Stanley Neil Frazier (Church of God in Christ) and later at the Lake Street Gym and 7th Street Gym under Bob Porter and Gilbert Mitchell, Sr. Sankara also trained in California and has coached and trained boxers in a number of gyms throughout North and South Minneapolis, St. Paul, Ohio, California and New York. Currently, he is a Level IV International USA Boxing Coach, certified through the United States Olympic Committee and USA Boxing. He has coached three number one USA Boxing ranked amateur. In 2007 he was selected as an assistant coach to travel to Baku, Azerbaijan with the USA Cadet Boxing Team. Mr. Frazier is also a professional boxing trainer, a Grand Master in the Martial Arts with a 10th Degree Black Sash in Wu Shu (Kung Fu). His extensive background as a Coach and Martial Arts Instructor has allowed him to personally train a variety of individuals; some of which have been WBA and IBF World Champions, a motion picture actor (Josh Hartnett), hockey player (Joe Finley), business owner (Lisa Bauch of Uppercut Gym), former Olympiad (Arthur A. Johnson), and many others-- from members of SWAT to United States Marines.

As an entrepreneur, he has been the owner of Executive Protection Security companies. In 2004, he received the Abbott Northwestern Hospital "Abby" Award and the Martin Luther King Jr. "Local Legend" Award in 2007, both recognizing him for his outstanding community service. Sankara is always in a growing process by continuing to train, learn and strive for higher levels.

Adonis is a native of Minneapolis, MN and graduate of Washburn High School. Mr. Frazier is a community advocate and has worked in a number of high schools and middle schools and also assisted in organizing the collaboration between Brooklyn Park Junior High and the Circle of Discipline, Inc.

Prior to becoming a Program Advocate, he was an amateur and a professional boxer coming along with the same group as Floyd Mayweather, Antonio Tarver, and the late Diego Corrales, but had to stop boxing after sustaining an injury in an automobile accident. He in turn uses the skills that he developed in boxing along with his entertainment talent as a "rapper" in the group The C.O.R.E. (Children of Righteous Elevation) to work diligently in the community to open up the minds and hearts of at-risk youth.

He has followed in the footsteps of his family going back to his grandparents and his parents by working unselfishly to put back what has been lost in his community as well as the communities of people that we have embraced. Through the Organizing Apprenticeship Project he successfully completed an eight week training focused on involving and organizing the community on various issues. He utilizes all available sources to teach social skills, leadership and life skills to the participants so that they are able to reach their full potential. As a Level III Boxing Coach, certified by the United States Olympic Committee and USA Boxing he organizes events, tournaments and travel for the Circle's boxing team. He has also served as the Vice President on the Minnesota USA Boxing Board and was responsible for organizing state USA and regional championship tournaments which lead to national and international competition and a doorway for Olympic hopefuls. Adonis earned his One Star AIBA coach’s certification in 2018. This has allowed him to serve as a volunteer coach with the USA Elite and youth teams working with them in Colorado Springs at the Olympic Training Camp and traveling with the team to compete in duals in the Netherlands and Bulgaria. He continues to fight the never-ending political battle that has existed since his involvement with the Circle for over 15 years. 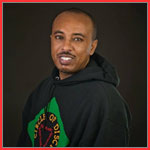 Nathaniel “Kid” Haile has been affiliated with the Circle from it’s inception in 1991 as an amateur boxer. He got his nickname, "Kid" because his boxing style was much like Kid Gavilán, the great welterweight champion of the late 1940's. Kid grew up in the Southside community, graduated from Roosevelt High School and attended the University of Minnesota. He is currently employed at Hennepin County Juvenile Detention Center--along with meeting youth’s daily needs, he also connects youth in custody to community resources.

He has been involved in the Circle in many capacities over the years. He has been on the Board of Directors as a Youth Representative and as the Treasurer. He has worked in the school system as a YAC (Youth Accepting Challenge) Instructor at Sanford Middle School, Roosevelt High School and El Colegio. Currently, Kid is coach of the amateur boxing team at the Circle of Discipline and is also responsible for the day-to-day operations of the Circle facility.

Jamal James has been a part of the Circle of Discipline since he was five years old. He started volunteering at the age of 10 where he would teach technique to some of the younger kids and volunteer at fundraisers and community outings. Now, Jamal is an assistant trainer, advocate, and mentor down at the C.O.D. and has recently started a leadership group for young men and women where they discuss topics that better prepare them on how to handle life’s hurdles. Aside from his volunteering work at the C.O.D., Jamal is also a prominent professional welterweight boxer who ranks highly in the World Boxing Association, has had numerous televised boxing matches, and is very close to challenging for a world title championship match. Known by his ring name SHANGO around the nation, he uses the fame he receives through his success in his professional boxing career as platform to show young men and women at the C.O.D., as well as around the nation that through humility, hard work, dedication, and a strong belief that your dreams and goals can be accomplished. He will tell you himself that all these qualities were instilled in him through his time spent at the Circle Of Discipline. 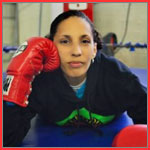 Sierra Leone Samuels has been a volunteer of the Circle of Discipline for over 20 years. She has helped in various capacities from administration to programming. She is currently a 1 Star AIBA (Amateur International Boxing Association) official and a level III Officials in USA Boxing. Is the first female in Minnesota reach the level of AIBA and the only female referee for amateur boxing in Minnesota. She became involved at the Circle of Discipline when she signed her son up for programming 25 years ago. She has done community work with Weed and Seed in the Phillips and Central neighborhood. She has served two terms on the CANDO (Central Area Neighborhood Development Organization) Board of Directors. She was the Chief of Officials for USA Boxing Local Boxing Association Minnesota for eight years. She has worked with Parents In Community Action, Inc, (PICA) Head Start and is currently working for Hennepin County Juvenile Probation while pursuing a degree in criminal justice. 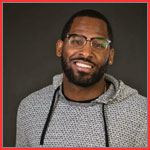 Rhobelle Tekle is a native of South Minneapolis, who has been volunteering at the Circle of Discipline for 12 years. He is a graduate of Roosevelt High school (honors) & Hamline University, a business owner, and manager at a Fortune 500 Insurance company.

"I volunteer at the Circle because I was once an inner city youth who used programs such as the Circle of Discipline to help me with alternative avenues of being an active child, but even more to gain what the name states - "Discipline". I want people to know that the Circle is much more than just a "boxing" gym. We are a family of people from different communities, cultures and economic backgrounds who share the same goal. A goal to help the youth in our community to become distinguished young adults with great character, who can one day do what we within the organization do every day. Which is to give back to the youth who will come behind them, and to help lift them up. I have been a volunteer with the Circle for 12 or so years. I assist with the advocacy work of kids within the community and gym by going to their schools and meeting with teachers and counselors to help them graduate on time or be a more efficient student. I also meet with parents of kids who are having issues at home with their child not listening, or showing a lack of discipline and respect for their parents."

Mr. Grisgby is native of Minnesota and was an amateur boxer at the well-known Phyllis Wheatley Center. It is there that he became acquainted with the late Bishop S. N. Frazier and to this day considers the new generations of "Frazier's" to be his extended family. He has been a trainer for a number of years, some of which were training his nephew, Will "Steel" Grisgby for three World Titles (WBC, WBA and IBF). He is lovingly know as "Uncle Skeets" at the Circle is a valued volunteer working with the youth and young adults with boxing training and constantly encouraging them to continue their education and to give back. 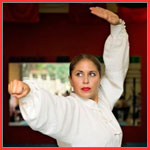 I found the Circle of Discipline when I started working as a nurse in The Twin cities back in 2008. It quickly became apparent that this would be a powerful place for my son and I to improve our physical fitness and learn about boxing and martial arts. With that came the support of the organization and a strong sense of belonging. The environment here at the Circle of Discipline was helpful in raising my son, and still is. He progressed all the way to become an advanced boxer in the amateur boxing program and a phenomenal young man. My son and I both studied under Grandmaster Sankara Frazier and I received my black belt in Kung Fu. I volunteer my time with the organization helping with the youth programs, conditioning training and organizing medical support for events. 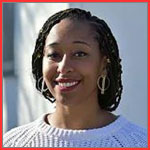 Marlee Dorsey has been volunteering with the Circle of Discipline for a little over three years. She has helped in several different capacities over the years from program evaluation to grant writing to helping manage operations of the facility. Marlee is a graduate of the University of Minnesota and Boston College. She received a master’s degree in mental health counseling from Boston College and currently works as a mental health therapist in Minneapolis. Marlee has also worked as a case manager for Ramsey County--connecting people with serious and persistent mental illness to community resources.

The Circle of Discipline has been a Quality After School program for youth for a number of years.

This program provides youth with positive role models. Staff there are of high character. The staff builds relationships that promote healthy social, emotional, and personal development.